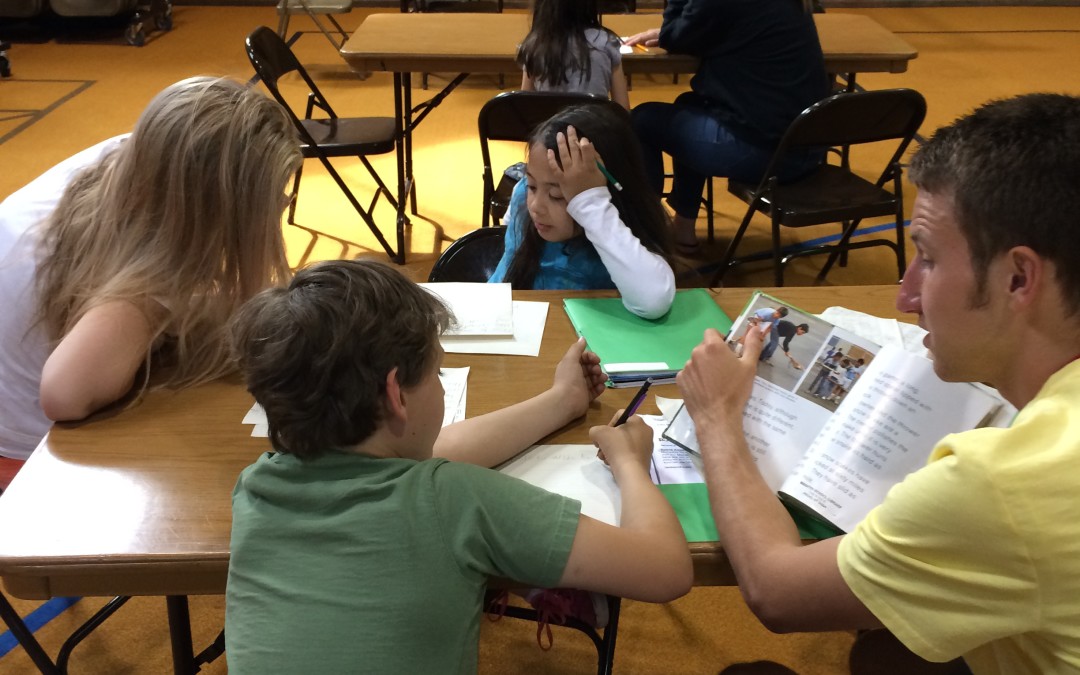 Provo, Utah has the highest volunteerism rate in the entire country. We really are number one when it comes to volunteering. Pretty cool, huh?

Just this morning I had the chance to attend a meeting with John Curtis, Provo’s Mayor, where he thanked my fellow AmeriCorps members and me for our service. As the Mayor and some of the other AmeriCorps members addressed the group, I couldn’t help but think about the incredible volunteers at the Boys & Girls Clubs of Utah County.

I’ve had the privilege of working side-by-side with our volunteer coordinator, Garrett Nagaishi, during my time here at the Clubs. He and I are both VISTAs; we met at a training conference we attended in August. Since starting he has organized the volunteering system for the Clubs and worked tirelessly to establish partnerships in the community for recruiting volunteers. When you realize he’s the first person to hold this position, it makes his accomplishments all the more impressive.

Currently we have 100 volunteers serving throughout our various program sites.

On average each volunteer does five to ten hours of service each month, with some doing five or more hours every week.

Things didn’t start this great, though. Over the last few months there has been a lot of success in finding volunteers and getting them involved at the different club sites. When Garrett started in August, he was working hard to make any connections he could. He tapped into Volunteer Match, one of the largest online databases for volunteer opportunities. Several of the specialist volunteers have come through this site. Garrett tapped into the local universities and used those first few months to build a working relationship with each university’s service organization. These were a few long, hard months, but they paid off.

In January, I had the chance to go with Garrett to several volunteer recruitment events. One, held at UVU gave us the chance to talk to more than 150 students over the course of two days and tell them about the Boys & Girls Clubs and how they could help. At BYU, Garrett coordinated with the American Heritage professors to tell students about the opportunity to do their required service hours for the course at the Boys & Girls Clubs. He held ten different information sessions lasting one or two hours each at various times throughout the first few weeks of the semester. Many of the students now volunteering at the Wasatch Elementary Club and at the Provo Clubhouse came from those efforts. I was also able to attend meetings with Garrett to coordinate with the Y-Serve office there at BYU. The way Garrett rebuilt the partnerships with the Boys & Girls Clubs and the local universities has made and will continue to make a huge different in the number of volunteers at the Clubs.

“The kids. The kids are hilarious! There’s something about being little and there’s no filter. Sometimes they just say what they’re thinking and it’s hilarious.”

“Just being able to be involved and feel like you’re getting to make a difference and change their lives for the better.”

“Getting to know the kids: really helping them as they do homework or whatever needs they have.”

“Definitely the kids. These kids are really smart, really active, and it’s just surprising how much they can understand and do.”

“The interactions you have with the children. Seeing them learn and interact with each other, and helping them grow a love of learning.”

“Walking in the door and at the beginning now that I know all these kids and they’re all screaming my name and they want to give you a hug and they’re all excited because you showed up.”

“Working with the kids. They’re just huge balls of energy. They want your attention and they love working with the volunteers, probably more than being with their peers, so it’s really fun because they just want to be with you.”

Volunteers make a huge difference in the success of our programs. Apply online or email garrettn@bgcutah.org and be a part of great futures starting here!